Sowing the Future Together

Mothers’ Union members from across Glasgow and Galloway Diocese engaged in their version of Church and Community Mobilisation Process in 2013, when the Mothers’ Union theme was ‘the seeds we sow flourish’. There is evidence that with prayer and with God’s help relationships have developed so that now Mothers’ Union members across the diocese, prisoners, their families and staff at HMP Low Moss are sowing their future together - the theme for 2014.

The aim of our CCMP was to support the mission of St James the Less Church, Bishopbriggs, the Church where members worshipped for their Festival Service. One strand of the mission of St James the Less is to support prisoners and their families at a nearly prison HMP Low Moss.   Members of Mothers’ Union also form part of the team of volunteers at Low Moss.

Members from branches and diocese used their talents to produce cloths which illustrate their particular mission.  At the Festival Service members spoke of their mission and each of their cloths were blessed by +Gregor Duncan. 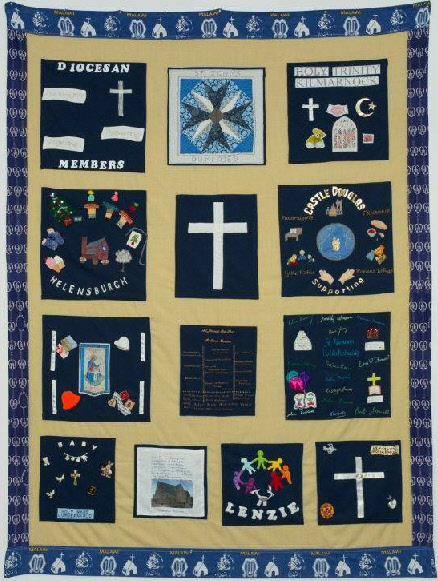 The individual cloths were then combined to produce a wonderful Wall Hanging (above) by Katherine King, a member of the Community Church in Bishopbriggs.  Katherine was so moved by the Wall Hanging that prayers for all at HMP Low Moss, and members of Mothers’ Union were offered over the Wall Hanging, at a 2 hour prayer meeting.

Ending the Silence on 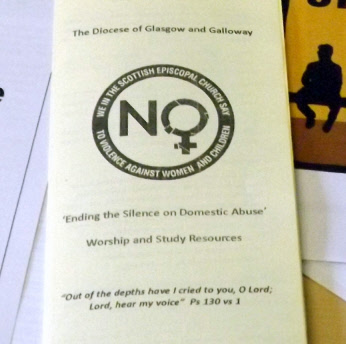 Midday prayers are said every Wednesday in our diocesan offices, but the week of 27th November 2013 was different. We had the launch of the worship and study resource for ‘Ending the Silence on Domestic Abuse’, developed by the Diocesan team for Prayer and Spirituality and the Mothers’ Union. We prayed together, very touching liturgy (click here to see it) and then heard Ann Glenesk’s account of her time attending the Commission for Status of Women at the United Nations this year. 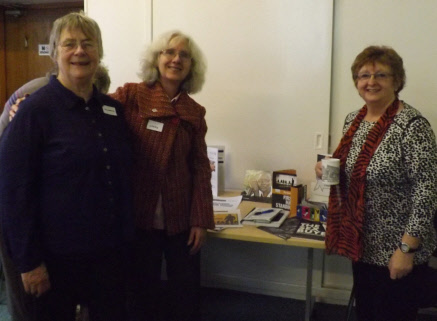 Their theme this year was the Elimination and Prevention of Violence against women and girls.

We finished by looking at the resources available over lunch. 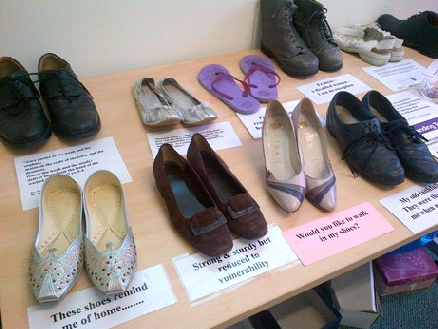 Click here to see the report of the launch on the Scottish Episcopal Church, Glasgow & Galloway Diocesan Website.